INTEGRATED LAND USE AND TRANSPORT PLANNING

Outline of the research

Land use and transport are influential components of urban landscapes. Together they impact our ability to move through towns and cities and the wellbeing of the society. For example the transport network influences urban development and land use, while the use of land for different purposes influences the decisions about where and what kind of transport support is required. Recognising the interdependency of transport and land use decisions, many researchers have advocated for an urban planning tool that could link transport decisions with location and lifestyle choices. The Institute of Transport and Logistics Studies at the University of Sydney has developed such the integrated transport and land use modelling system called MetroScan. MetroScan is a new strategic planning capability that can model the interaction between transport and land use, passenger movement with freight movement, work location choice with firm location and many more. MetroScan incorporates a range of datasets and variables including the transport data, socio-demographic data, employment variables, and property data, to forecast travel demand for many transport initiatives including environmental impacts, productivity, which ultimately can be used to perform cost-benefit analyses of specific transport investments or projects.

Prof David Hensher, Dr Chinh Ho, and Dr Richard Ellison co-developed MetroScan for Sydney Greater Metropolitan Area. They have applied the MetroScan model on three proposed alignments of the Metro West project. Metro West is a heavy passenger rail project proposed by the New South Wales government to provide greater public transport accessibility through one of the metropolitan regions largest growth regions. The AURIN portal provided Dr Ho’s team with high quality, finely scaled data relating to the characteristics of property market including property value and housing rental market to calibrate dwelling price module of the MetroScan software. Once the data was integrated the MetroScan was able to accurately evaluate the performance of the three scenarios. Property value data, and rental housing market data for Sydney were obtained from via the AURIN workbench for integration into the MetroScan project evaluating the performance of the Metro West project. 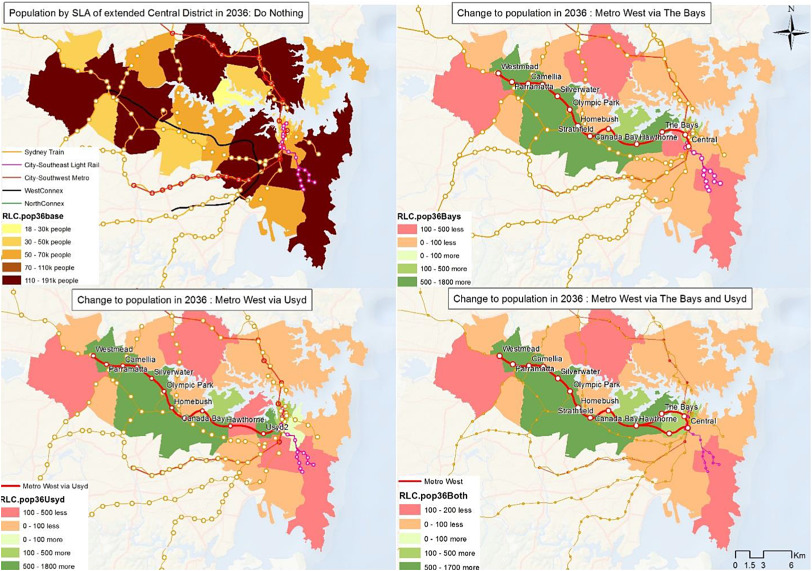 Impact of the research

The research clearly demonstrated the benefits of the Metro West project are improvements to travel time reliability, driven by a very strong switch from single occupancy motor vehicle trips (with high variation in journey duration) to heavy rail public transport (with more consistent journey durations). The model also showed that a significant benefit was gained from agglomeration, accounting for between $777m – $852m, depending on which alignment was selected. MetroScan analyses of the project produced a benefit cost ratio (BCR) of between 1.82 to 2.13, depending on whether environmental and social benefits, and wider economic benefits were accounted for. The authors were able to show that the Metro West project has a long-term positive economic impact, with a considerable gain in business output, particularly in property in business service sectors. More broadly, integrated land-use and transport metropolitan planning tools such as MetroScan – powered by a range of datasets available through the AURIN workbench have the capacity to produce more empirically complex and robust models of the interaction between housing, jobs, and transport. These in turn will allow policy makers and planners to obtain more and better insights into the many potential impacts of proposed transport or land-use interventions, to drive sound evidence-based decision making for our cities.