For example, it can be used to determine if there are significant differences between the rate of incidence of a disease between male and females, or if the mode of travel to work by train is significantly different to the use of motor vehicles.

For this worked example, we will compare the rates of potentially avoidable deaths per 100,000 people between males and females between 2014-2016 in Greater Brisbane.

Select the Greater Brisbane GCCSA as your area.

Once the tool has run, click the Display button on the pop-up dialogue box that appears. This will open a window with the outputs of your T-test (Two Sample), which should look something like the image below. The statistical significance is determined by the p-value. In this example, the p-value suggests that the rates of potentially preventable deaths between males and females are significantly different since the p-value is lower than 0.05.

The output values are as follows: 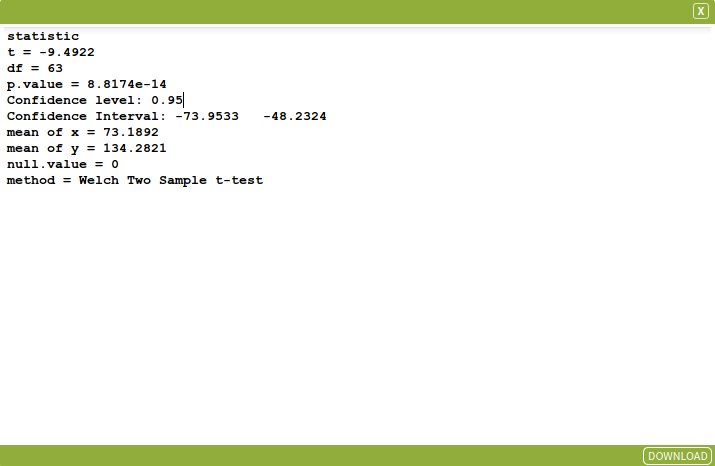