Select the Greater Brisbane GCCSA as your area.

Select AIHW – Cancer Incidence and Mortality Across Regions (CIMAR) – Persons Incidence (SA3) 2006-2010 as your dataset, with the following variables: 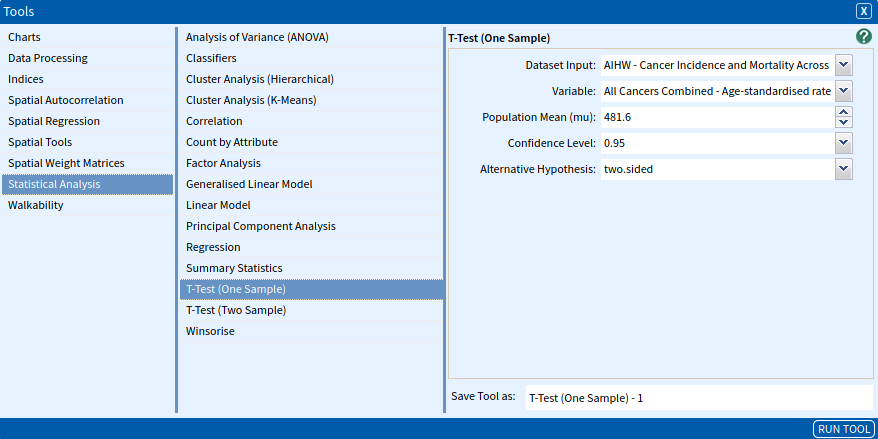 Once the tool has run, click the Display button on the pop-up dialogue box that appears. This will open a window with the outputs of your t-Test (One Sample), which should look like the image below. The statistical significance is determined by the p-value. In this example, the p-value suggests that the differences between cancer incidence rates are significantly different since the p-value is lower than 0.05. 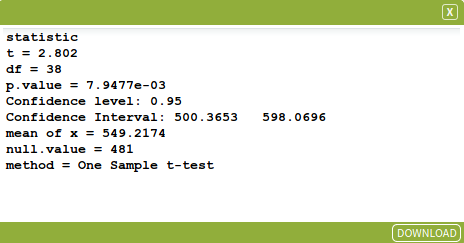 The output values are as follows: