To illustrate the Linear Model Residual Plot tool, we will run it on a dataset within Tasmania to visualise the connection between fruit intake and obesity in children. Prepare the context by:

Once you have added the dataset and the selected attributes, you are ready to use the Linear Model Residual Plot tool – follow on to learn about the input options.

A summary of the inputs to explore our case can be viewed in the image below, once complete click Run Tool.

Once your tool has run, click the Display Output button on the pop-up window that appears. You should get a graph which looks like the graph below. 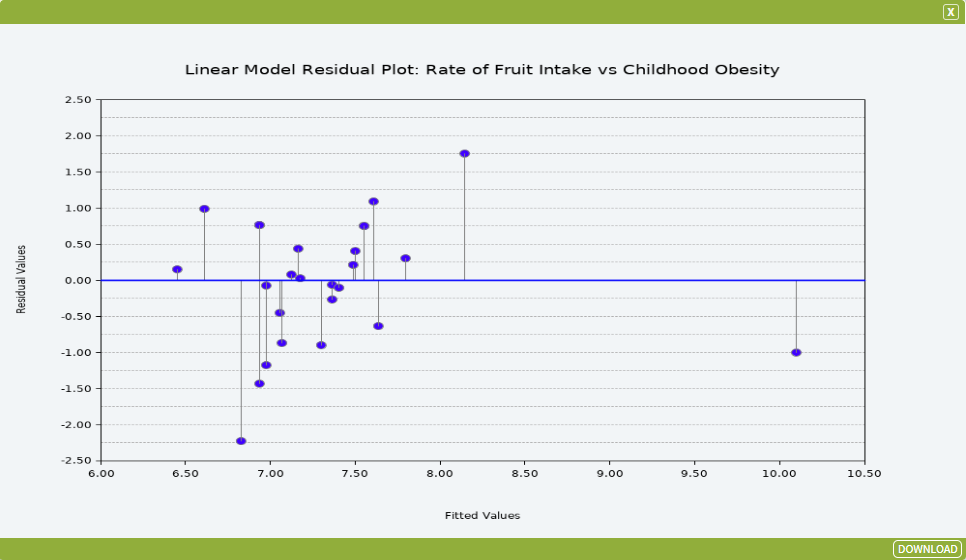 This is a linear model residual plot, with the distance of each observed point marked vertically from the horizontally linear model line.