The Hierarchical Clustering (Heat Map) tool creates a heat map which displays rows and columns of hierarchical cluster structure in a data matrix. It consists of a rectangular tiling with each tile filled with a colour scale. The heat map facilitates inspection of matrix by bringing out patterns in the data.

The output of this tool is a graph which shows how similar each of the different areas are when taking into account a range of variables. Closeness to each other on the distance matrix suggests greater similarity.

To illustrate the use of the Hierarchical Clustering (Heat Map) tool, we will use a dataset with a number of variables in it that can be related to each other – In this case we are exploring relative socio-economic advantage and disadvantage in suburban Darwin. Prepare the context by: 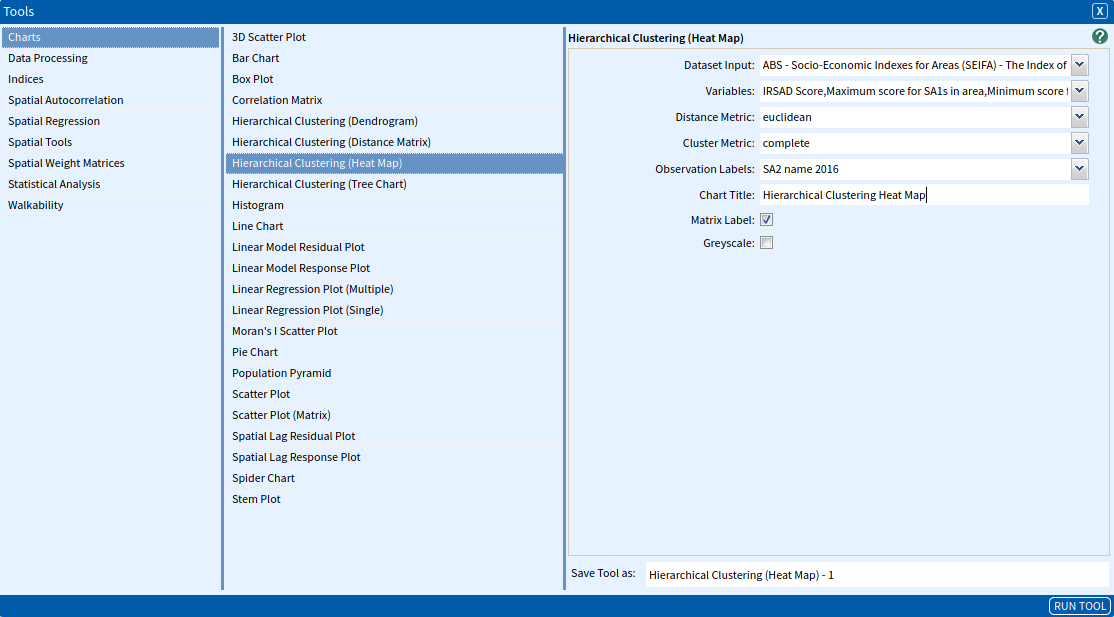 Once you have run the tool, click the Display button which appears in the pop-up dialogue box. This should open up a chart tool looking like the one shown below. 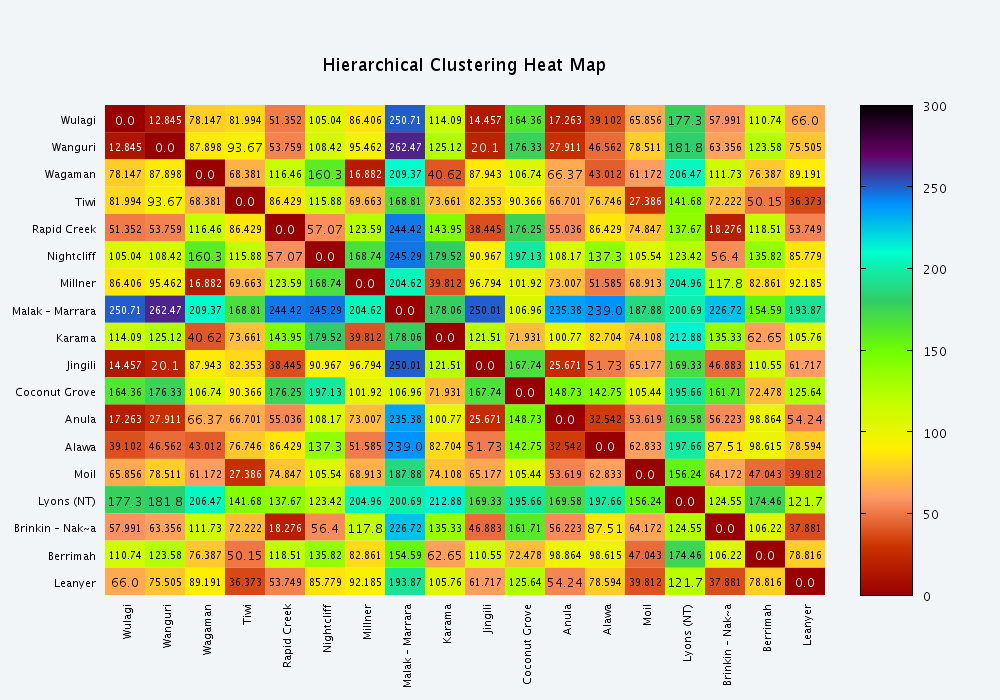 The output indicates that the SA2s which are the most similar in terms of socio-economic advantage and disadvantage based on their SEIFA IRSAD scores are: Wulagi and Wanguri.