To illustrate the use of the Correlation Matrix tool, we will use a dataset with a number of variables in it that can be related to each other – Voting patterns across Adelaide, South Australia for the 2019 Federal Election. To do this:

Once you have added the dataset, and all of its attributes, you are ready to use the Correlation Matrix tool – follow on to learn about the input options.

Once the tool has run, click the Display button on the pop-up dialogue box that appears. This will open a window with the outputs of your Correlation Matrix result, which should look like the image below. 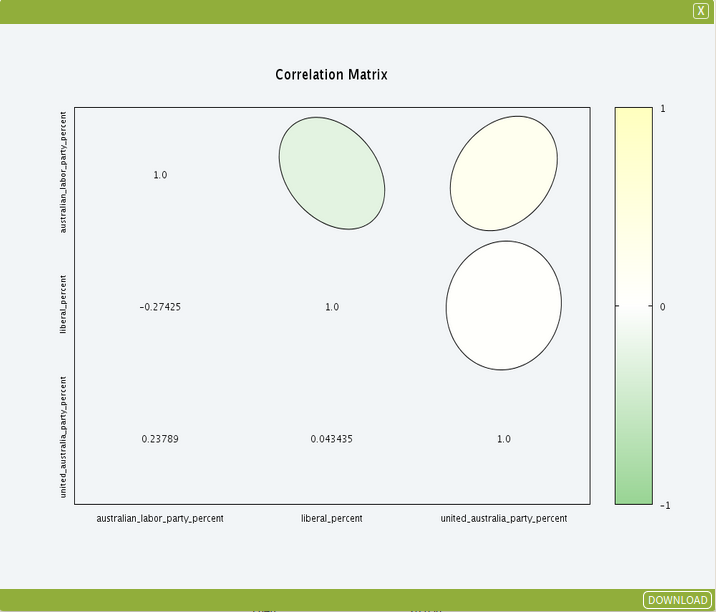