The Box Plot tool provides a way of illustrating the spread of data points for variables and allows us to perform side-by-side comparisons with other observations. The element of the box in the plot shows:

For this worked example, we will compare the First Party Preference by Polling Place results with respect to minor parties in the 2019 Federal Election throughout the Greater Perth area.

Select the Greater Perth GCCSA as your area.

Once you have set up your data, open the Box Plot tool (Tools → Charts → Box Plot). The input fields are as follows: 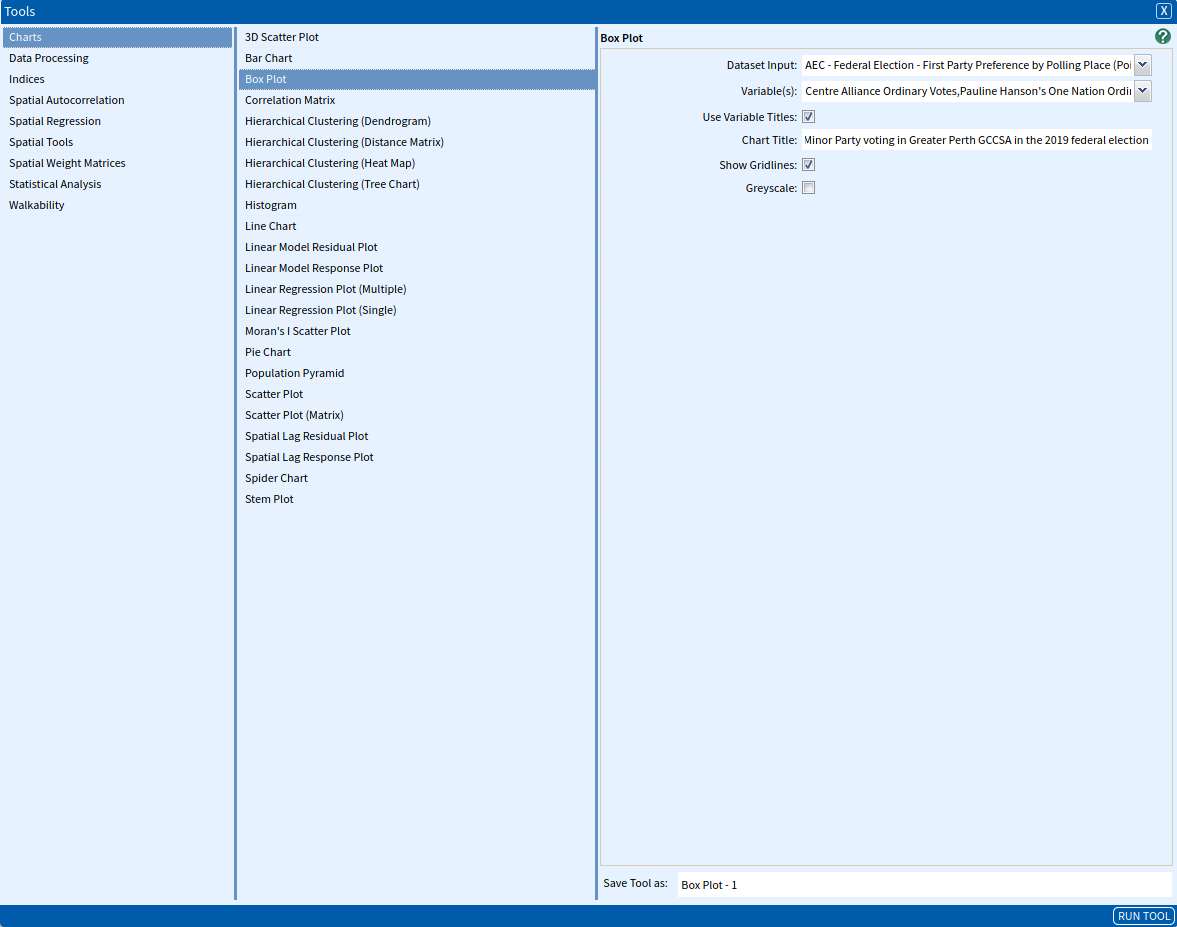 Once the tool has run, click the Display button on the pop-up dialogue box that appears.

Your output should look something like the graph below. This indicates that the median amount of votes for The Greens (Wa) was higher than all three other groups. However, the range in voting count for Pauline Hanson’s One Nation was higher. 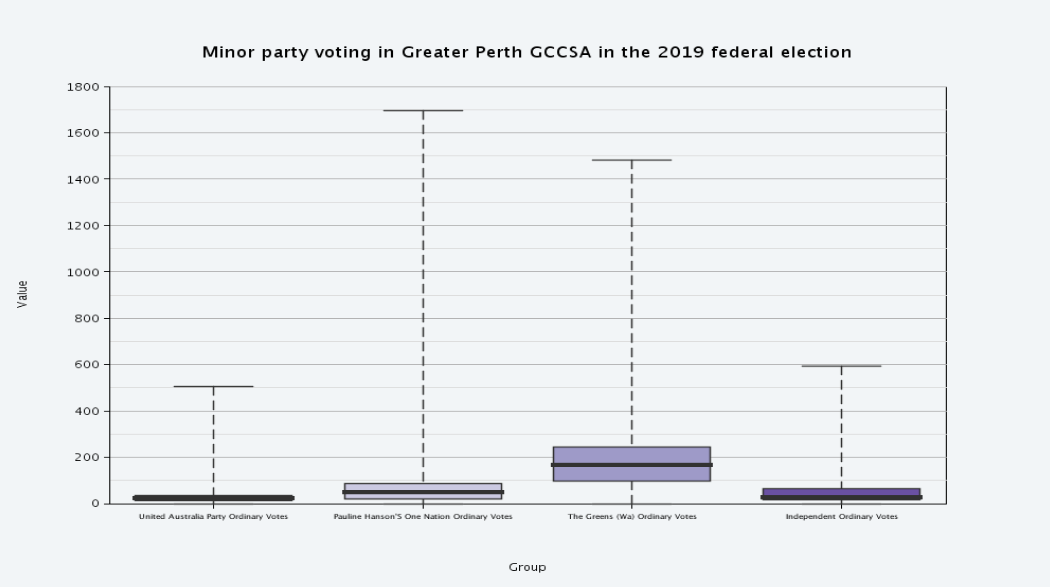