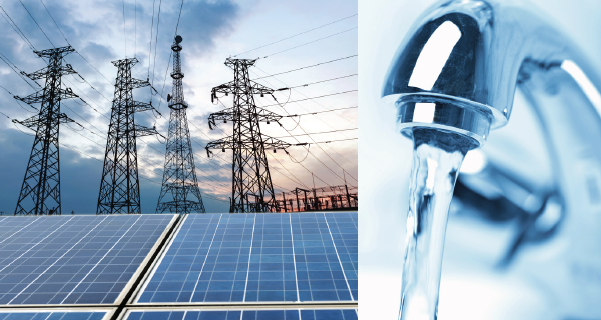 Given increasing pressures from population growth and land use change, Australian researchers from academia and government require access to high value water and energy (WE) consumption data for planning and decision-making purposes. While recent initiatives from the federal government have sought to unlock data at different levels, further work is needed to harmonise and prepare these datasets for seamless integration, comparison and analyses over space-time. For this purpose AURIN and CSIRO Land and Water collaborated in 2015 to develop a protocol for improving access and use of WE data that led to the creation of the WE Supply and Consumption (WESC) model, which is now publicly available on GitHub.

The success of this early model was demonstrated in a data harmonisation proof-of-concept called the AURIN-CSIRO WESC hub, which streamed (now historical) data from 9 utilities across Australia via the AURIN Workbench. Recently, the EUDM and NEAR projects extended the WESC model to handle new classes and proposed new elements. Towards operationalising the model for the provision of new data, this project proposes evaluating the extended model, by: applying it to government/industry data and applications; inviting feedback from key stakeholders; and using the results to enhance the existing AURIN-CSIRO WESC hub. Specifically, this project aims to address the following questions:

Fill out your details below and we will contact you with project news:

Ethics:
This research project has been approved by the Human Research Ethics Committee of The University of Melbourne., ethics ID number: 1955041.